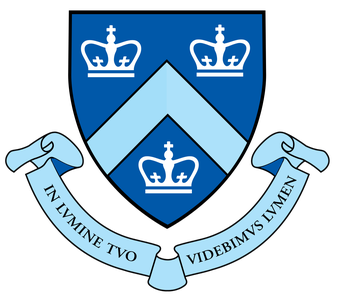 Columbia University (also known as Columbia, and officially as Columbia University in the City of New York) is a private Ivy League research university in New York City. Established in 1754 on the grounds of Trinity Church in Manhattan, Columbia is the oldest institution of higher education in New York and the fifth-oldest institution of higher learning in the United States. It is one of nine colonial colleges founded prior to the Declaration of Independence, seven of which belong to the Ivy League.[8]

Columbia was established as King’s College by royal charter of George II of Great Britain in reaction to the founding of Princeton College.[9] It was renamed Columbia College in 1784 following the American Revolution, and in 1787 was placed under a private board of trustees headed by former students Alexander Hamilton and John Jay. In 1896, the campus was moved to its current location in Morningside Heights and renamed Columbia University.[10][11][12]